How Businesses Use Blockchain Today 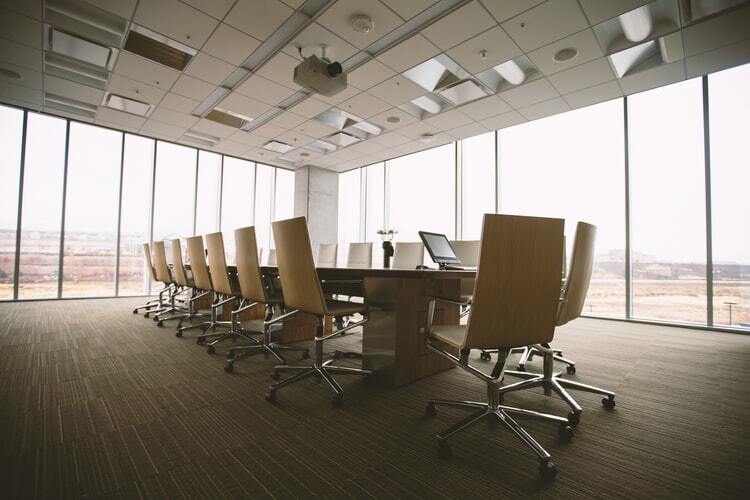 An essential part of entrepreneurship is the ability to use all the tools at one's disposal to streamline business processes and maximize profit. Without a doubt, blockchain has succeeded in proving itself to be one of the most effective of these tools..

Going into the second half of 2021, decentralized finance will only become more pertinent for companies. In this article, we cover just a few of the ways companies all over the world are transforming their businesses using blockchain technology.
Use Case 1: Portfolio Diversification
As of June, 2021, the use case for blockchain that has achieved the highest level of adoption among businesses is portfolio diversification. Indeed, digital asset trading volumes have become quite large: the total market cap of all cryptocurrencies is nearly equal to that of the high-yield bond market, and already half the size of the small-cap market as a whole. This growth shows no signs of slowing down.

Large trading volumes are not the only metric that indicates growing maturity for crypto. While Bitcoin remains dominant as an inflation hedge and gold alternative, the numbers show that other cryptocurrencies are finding their places in both retail and institutional portfolios. Investors are no longer simply turning to one or two cryptocurrencies, but are increasing their exposure to a wider variety of tokens - thereby working principles of diversification into their digital asset portfolios.

Growing regulatory certainty
Over the last few months, the approach that the United States intends to take with digital assets has become much more clear. In January, the Office of the Comptroller of the Currency (OCC) authorized the use of stablecoins as a means of payment. Later, in April, former SEC Chairman Jay Clayton clarified previous statements by saying that Bitcoin had not been considered a security for some time and that the asset should be regulated.

Consequently, in May, Gary Gensler - the new and apparently crypto-friendly SEC chairman under the Biden administration - announced that work had begun on a regulatory framework for cryptoassets. As a result, the US will join a list of 34 other major economies that regulate the new asset class, including the United Kingdom, Japan, Russia, Hong Kong, and Singapore.

In the United States, a crypto ETF is on the horizon and similar digital asset funds are already trading in other countries, including Canada. Analysts expect these funds to add significant value to crypto assets, just as was the case with gold, which rose sharply in price when the first precious metal ETFs were introduced in the early 2000s.

Post-pandemic inflation fears
As things slowly begin to return to normal in the post-coronavirus world, the economic consequences of the pandemic are becoming more and more apparent. Inflation rates in the United States as of April were at their highest in thirteen years and investors worldwide have been moving their money into inflation hedges. Bitcoin has become quite popular among this cohort.

We have already explained why we think this is elsewhere, but the fact of the matter is that Bitcoin performed 10 times better than gold in 2020. Bitcoin's unique characteristics are proving themselves to be quite attractive to certain groups of investors, including a growing number of fairly conservative money managers.

No portfolio left behind
It is becoming more and more common for financial analysts and other specialists to recommend to retail investors at least single-digit exposure to digital assets. This is exciting news, as just 1% exposure from all retail investors in just the United States would leave plenty of room for the total cryptocurrency market cap to grow. It is not overly optimistic to expect greater levels of adoption in the not-so-distant future.
Use Case 2: Decentralized Finance and Alternative Banking Better cross-border payments with stablecoins
Cryptocurrencies are financial instruments that operate on a peer-to-peer network. This being the case, crypto users are not required to get permission from any central authority, such as a payment processor, in order to carry out transactions. For businesses carrying out cross border payments, often in a hurry, this is a major advantage.

One frequent concern we hear from businesses is, however, that the value of many cryptocurrencies can be fairly volatile. If a supplier needs to be paid, it could turn into an issue if the value of the transacted cryptocurrency has increased or decreased by five to ten percent in the space of twenty-four hours.

Stablecoins bypass this problem by being backed by some asset. For example, the most popular stablecoin, Tether, is backed by the USD. The aforementioned supplier can simply issue an invoice in USD and receive that exact amount into their wallet or exchange account. This transaction can occur 24/7, any day of the year… even on Christmas!

Put your money to work
Worldwide, financial institutions have been affected by record low interest rates and investors today have fewer viable passive income opportunities than before. For this reason, among others, crypto loan issuance is quickly gaining in popularity. While this form of decentralized finance (DeFi) has, for the moment, not received as much press as other blockchain use cases, we believe it is poised to radically transform money management.

Indeed, we have observed companies earning as much as 24% fixed yearly income by lending out parts of their crypto holdings. In most cases, these are collateralized loans: borrowers put down fiat currency. Crypto loans are legally recognized, including in the UK where HMRC guidelines indicate that gains and losses are to be treated the same as those from any other loans.

Tokenization
Many of the services that are provided by traditional financial institutions can be carried out in a decentralized manner through the issuance of blockchain tokens. Various platforms already exist that make it easy for companies to issue tokens which represent shares or future profits (security tokens), future products or discounts (utility tokens), debt (debt tokens), and even whole ownership of unique assets (NFTs).

While we are still only in the early days of tokenization's adoption on global markets, at least 7 billion dollars have been raised by companies through the sale of utility tokens in Initial Coin Offerings (ICOs). Security Token Offerings (STOs) are already well past the one-billion dollar mark.

NFTs also provide interesting opportunities for companies. These tokens are still in the very early phase of implementation, but they can provide certain benefits such as preventing the counterfeiting of luxury goods. What is more, there have been some interesting projects that involve the tokenization of commodities. These tokens, which are essentially a new asset class similar to stablecoins, open up new possibilities for business.
Use Case 3: Business Process Automation Not actually what blockchain business automation looks like (yet!)
According to a report by Mckinsey, 1.2 billion jobs that currently exist could be eliminated through automation that makes use of already existing technologies. Blockchain, whether we like it or not, is set to increase this number dramatically by automating a significant number of administrative tasks.

Smarter smart contracts
All cryptocurrencies operate through the automatic settlement of so-called "smart contracts." Simply put, the completion of a cryptocurrency transaction requires the fulfillment of a number of conditions. The network, on its own, validates whether or not these conditions have been met before allowing tokens to be transferred from one wallet address to another.

This same technology can be applied to other kinds of contracts. Over the next few years, we will see the rise of new platforms that allow multiple parties to sign self-regulating contracts with one another. The software and network will be able to determine on their own if all contractual obligations have been met before releasing funds from escrow wallets. This will eliminate the need for a number of expensive administrative positions within companies and as 3rd party contractors.

Smart contracts are already being developed as an underlying technology for the connected economy. This technology will be used to validate information received through sensors that have been installed in various facilities that make up automated supply chains. In this way, it will become possible for clients to monitor in real time the status of orders from suppliers. Fraud will be virtually eliminated and disputes avoided.


We'll help you navigate what's coming next.
No matter the form blockchain will take, we are here to help your business navigate this new terrain. Why wait? Our team of financial specialists and tech experts would be glad to have a chat today.