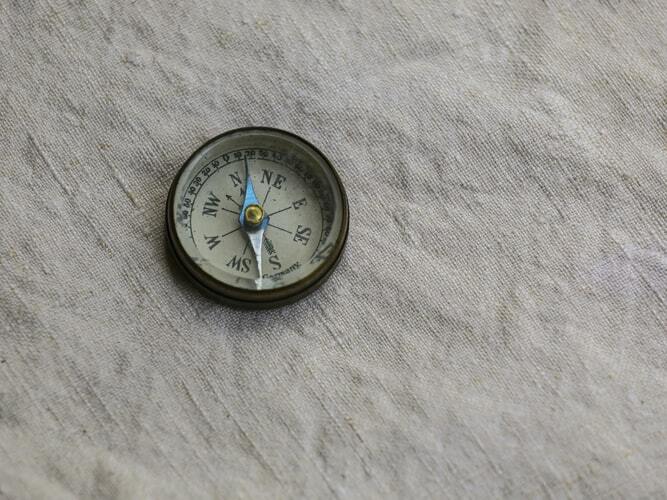 According to UK tax authorities, a cryptoasset is a digital representation of value that is stored using digital ledger technology. In other words, any asset issued using blockchain technology can be classed as a cryptoasset.

One way to think of blockchain is as an alternative to traditional financial institutions. In the legacy system, all records are stored on databases maintained by financial service providers, such as banks and brokerages. With blockchain, financial records are distributed over a decentralized global network.

The advantage of blockchain is clear: manipulation of financial records is impossible. While a bank - or a fraudster - can easily change some numbers around, transactions that occur on a blockchain are entirely unalterable. Furthermore, blockchain users are not reliant on the outdated technologies and "human factor" of traditional finance. Blockchain transactions can be carried out 24/7, any day of the year.

Blockchain is an extremely versatile technology. From the settlement of simple transactions to the automation of multi-factor supply contracts, distributed ledgers can facilitate the digitization of a wide variety of financial instruments and processes.

Digitalised and decentralised financial instruments
The majority of cryptoassets regularly being issued and traded today can be categorized as follows:

Exchange Tokens
Cryptocurrencies
Unlike some of the other cryptoassets that will be discussed below, cryptocurrencies are by definition decentralized. On most blockchain networks, cryptocurrencies are issued to miners in exchange for the validation of transactions. Once issued, the asset can be sent directly from one wallet to another (P2P). Transactions can therefore be carried out without needing to get approval from any centralized authority.

Cryptocurrencies can be acquired in a few different ways. First, as mentioned above, they can be mined and received directly from the network. Second, they can be received as payment from a crypto-user in exchange for an off-chain service or the sale of an item. Third, they can be purchased or traded for on an exchange.

Stablecoins
The value of individual cryptoassets frequently varies in relation to other asset classes, such as cash and cash equivalents. As blockchain reaches greater levels of integration with the 'traditional economy,' there arrive moments when it is beneficial for a crypto user to hold an on-chain asset that maintains a stable value in relation to off-chain ones. Stablecoins have been developed to serve this purpose.

Stablecoins are generally not decentralized. Usually "backed" by an asset like a fiat currency or commodity, these tokens are issued through smart contracts that are deployed on a blockchain network like Bitcoin, Ethereum, or EOS. The most popular stablecoin - and third most popular cryptoasset - in terms of market cap is Tether (USDT), which is backed by the United States dollar. USDT is issued and controlled by a company called Tether Limited. This company holds one USD in a bank account or other financial institution for every token issued.

There do exist projects that have released more decentralized, crypto-collateralized and uncollateralized, stable coins. At the present time, however, these fully on-chain stablecoins remain somewhat disconnected from traditional business processes.

Central bank digital currencies
Several countries have announced plans to develop their own digital currencies. More likely than not, these currencies would, in terms of technical infrastructure, resemble stablecoins. While national tax authorities - like HMRC in the UK and the IRS in the US - do not view cryptoassets as money, they likely would for digital tokens issued by their own governments.

It remains unclear how integrated these government-backed currencies will be with the wider digital asset world. In an ideal scenario, it would become easy to trade them for decentralized tokens and cryptocurrencies on pre-existing crypto exchanges.
Utility Tokens
In the years following the initial 'release' of cryptocurrencies, it began to be understood that smart contracts could be written which add additional 'layers' on top of existing blockchain networks. Launched in 2015, the Ethereum network was the first major platform that supported such projects and remains dominant to this day for the deployment for these contracts.

By 2017-18, it became common for companies to create contracts that issue upper-level tokens, then to sell these tokens in exchange for startup capital. A new kind of corporate financing - decentralised crowdfunding — was born.

These first crypto crowdfunding projects quickly came to understand that they needed to tread carefully. If these tokens were to represent securities - such as equity or obligations for investor repayment (debt) - they would be subject to touch compliance requirements. The solution, they found, was to use the tokens to represent utilities, which are much less strictly controlled by regulators.

Utility Tokens and ICOs
A utility token can best be understood as a digital voucher or coupon that can be traded with a company in exchange for a product, service, or for a discount on a product or service. To illustrate, Filecoin (FIL) tokens give users of the Filecoin network access to data storage. Another utility token, Golem (GLM), can be exchanged for computing power on a decentralized marketplace.

It is also common for utility tokens to be issued to users of a platform as a reward. One well-known example of a "reward token" is the Brave web browser's Basic Attention Token (BAT). In this particular schema, users receive BAT in exchange for agreeing to view advertisements while surfing the web.

Initial Coin Offerings reached their peak of popularity in 2018, when they were utilised by companies to raise a total of nearly seven billion dollars. Unfortunately, though, many of these utility tokens did not end up having the utility that token holders were hoping for. Projects would disappear, and tokens often had close to zero liquidity. Investors and token holders needed a better crypto investment instrument, better suited to their needs. Security Tokens
As they say, hindsight is 20/20. Utility tokens, while perfectly suited to loyalty rewards and other promotional programs, were never really meant to be investment instruments. What they did do, however, is help put the initial infrastructure in place for what is surely on track to disrupt finance - security tokens and security token offerings (STOs).

Security tokens and STOs
For anybody even moderately interested in finance, we are currently living through a fascinating time. Today, we are seeing the birth of security tokens, a whole new asset class and a revolutionary new way for companies to get financing and investors to enjoy streamlined trading.

Simply put, a security token is a token, issued as a layer on top of an existing blockchain network, that entitles the owner to particular rights, privileges, or interests in a business. Security tokens can and have been used to represent shares in the ownership of companies, future profits (dividends), and the future repayment of a certain amount of money (debt).

Security token offerings - the events during which these tokens are initially issued - offer startups an alternative to venture capital and existing companies the ability to seek funding for individual projects. For small and medium-sized enterprise (SMEs), STOs are a fantastic possibility, as they add liquidity to any securities that they might issue.

Security Token Exchange Platforms
Unlike other cryptoassets, security tokens cannot be traded peer-to-peer. In most jurisdictions with security token regulatory frameworks in place, including the UK, security token investors must be accredited or "qualified," meeting certain requirements such as high net worth.

Security token exchange platforms facilitate the initial issuance and secondary trading of these assets. The primary role of these platforms is to ensure that compliance requirements are met during STOs and in secondary markets. They also provide a technical infrastructure for trading and assure cybersecurity.

This new asset class is still at a very early level of adoption. Every day, innovative market infrastructure is being developed, and new frameworks are being discussed by regulators. Things are changing fast.
Non-Fungible Tokens
In finance, there exists the concept of "fungibility." This is basically just a very fancy way of saying that something is exchangeable or replaceable. Money, by definition, is fungible. One dollar is worth the same as any other dollar. Cryptocurrencies, stablecoins, government backed-coins, and utility and security tokens are also fungible.

Some digital assets, however, are not fungible. A digital piece of art, for example, cannot easily be exchanged one-for-another. How much these assets are worth is very difficult to quantify, and even then it is, it isn't usually possible to find someone willing to trade their digital work for yours.

Non-fungible tokens (NFTs) are developed using an upper-level protocol - usually on the Ethereum network - that makes it possible to represent unique digital assets, like this art, with unique tokens. While the code of two Bitcoin is always (essentially) the same, that of two NFTs isn't.

We are still very much in the early days of NFT implementation, but it is already clear that these cryptoassets will be used to represent many things beyond just digital art and memes. For example, major brands in fashion are exploring ways to use these tokens to represent their clothes lines online. Advertising firms are exploring NFT-powered marketing integrations on social media and elsewhere on the internet.
Building a Diversified Cryptoasset Portfolio 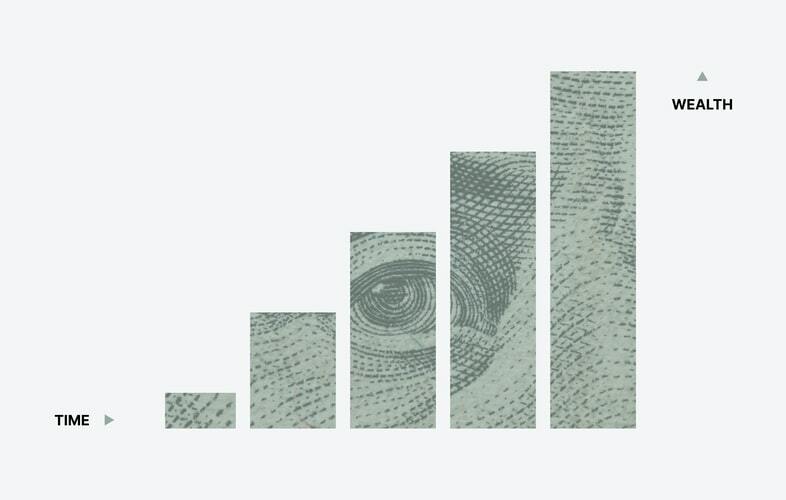 At AlterCap, we specialize in helping companies to transform their businesses with crypto. One of the primary ways our clients aim to do this is by adding these alternative assets to their diversified investment portfolios.

We believe it is important to diversify one's cryptoasset holdings as well, and given the growing selection that we've just described, this is getting easier and easier every day.

We understand that this new world of cryptoassets might seem daunting for some. Our team of crypto-financial experts and private banking specialists would be happy to help you navigate this growing ecosystem with ease. Contact us to learn more.