Five things to know about Bitcoin 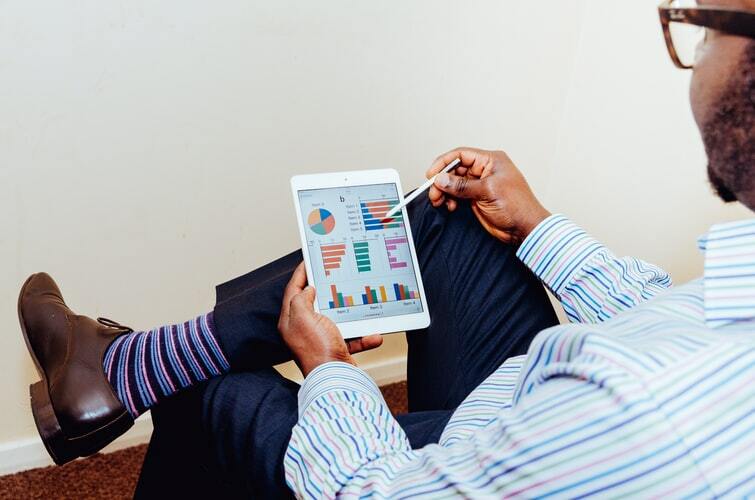 These days, just about everybody has heard about cryptocurrencies and most people have an opinion about them. After spending its first decade more or less "under the radar," decentralized finance (DeFi) - and in particular Bitcoin - is finally getting the attention it deserves in mainstream media.

Despite this new attention (or perhaps because of it), we see a few common misunderstandings about crypto coming up time and time again. To clear things up, we have prepared this list of five must-know facts about Bitcoin.

Fact One
Bitcoin is a financial tool

The first thing we constantly hear people getting wrong about Bitcoin is that it's hard to understand. Clients coming to us thinking that Bitcoin requires sophisticated technical know-how and training. This couldn't be further from the truth.

Bitcoin can simply be thought of as a financial tool. In this sense, it's not much different from any of the other Fintech you already use everyday, like your internet banking account or Paypal.

Bitcoin differs from other Fintech, however, in terms of its underlying technology - a decentralized, distributed, network that removes middlemen like banks and payment processors from the equation. This reduces transaction fees and puts you in control of your money. Carrying out a Bitcoin transaction, from the user's perspective, feels roughly the same as making any other online payment. If you know how to buy something on Amazon, you can handle cryptocurrency.

It's really just as simple as logging into an account and clicking send.

Digital Gold
One easy way to understand Bitcoin is through its use case as a store of value. In other words, you can think of the cryptocurrency as "digital gold."

Bitcoin, just like gold, can be used as a tool to protect one's wealth over an extended period of time. Basically, it serves as a hedge against inflation: when the buying power of a national currency goes down, private owners of Bitcoin can feel safe knowing they can still exchange their BTC for living essentials or for an amount of currency that has the same buying power as before.

Also like gold, Bitcoin is mined, albeit digitally. A miner is essentially just a computer whose owner has decided to direct computational power towards the validation of Bitcoin transactions. This is not to be thought of as "money for nothing:" Bitcoin mining is a process that requires enormous financial resources.

This computational process and capital expenditure are not for naught. With each Bitcoin mined, an increasingly secure computer network expands. This ultra-secure network has value in its own right. Its use cases, such as the automated settlement of contracts in logistics, the registration of real estate sales, and anti-money laundering compliance, are poised to transform the way the world does business.

Just because Bitcoin is decentralised doesn't mean it lacks fundamental value. As the cryptocurrency's network and trading volumes have grown, it has become possible to observe and analyse a number of key asset fundamentals. These include the size of the user base, the number of large Bitcoin holders, and capital expenditure.

1. Size of the user base: Number of active users and percent share of long-term holders.
How to check:

What the data means:
From a simple supply and demand viewpoint (and given Bitcoin's diminishing supply and tendency for people to hold long term) the greater the number of users, the greater we can expect the value of Bitcoin to be.

3. Institutional Interest: Number of large holders
How to check:


What the data means:
The number of large investors holding and using bitcoin is an excellent indication of institutional interest in the asset and in its use cases. The presence of these kinds of investors on the market has a positive effect on the asset's value for a number of reasons: First, institutions, and in particular pension funds, tend to hold their assets for longer. Second, it shows that there are companies with access to large amounts of capital who are willing to invest in infrastructure that will make Bitcoin investment easier and safer. Third, it radically reduces the chance for market manipulation, as whales from the early days of Bitcoin lose their relative influence.

4. Capital Expenditure: Miners' revenue
How to check:
What the data means:
As explained earlier, miners receive rewards in exchange for keeping the network secure. This is money that the network invests in its core functionality, thereby making the currency more attractive as a store of value. Value investors should therefore look at the amount of money paid out to miners, year by year.

Interestingly, Bitcoin's yearly capital expenditure through mining rewards is already nearly half that of the gold mining industry. This gap is closing fast. Bitcoin has proven itself to be, hands down, the best performing growth investment of the last decade.. A single bitcoin purchased ten years ago, in May 2011, cost about three dollars. Now, one bitcoin is worth about the same as a luxury sedan.

That Bitcoin should be included in investment portfolios is already the consensus - even in the traditional investment community. Conservative portfolio managers are currently recommending exposure of around 1-5%. Worth noting is that an imminent influx of retail investors building this exposure could push the asset's price above the six-digit mark by year's end.

With Bitcoin's rapidly rising market cap and trading volumes, national governments have caught on to the fact that Bitcoin isn't going anywhere. As a result, major economies are taking a "if you can't beat them, join them" sort of approach. Now, with each passing month, regulation of cryptocurrencies is getting more clear.

As of May 2021, 34 countries have created regulatory frameworks which stipulate how tax, anti-money laundering (AML), and anti-terrorism financing (ATF) laws should be applied to cryptocurrency transactions. This list of countries includes most of the world's largest economies.

Countries with tax legislation for cryptocurrencies:

Countries with both kinds of legislation
What might be most interesting to investors, however, is what's happening in the world's largest economy - the United States. In April, the new SEC chairman under the Biden administration, Gary Gensler (an MIT professor who has taught classes on blockchain technology and digital currencies), announced that the commission is in the preliminary stages of establishing a framework for crypto regulation.

New Bitcoin ETFs and Retirement Plan Allocations
Clarified regulation for cryptocurrencies is great news not just because it brings more retail and institutional investors into the market, but also because it opens the door to new opportunities. Perhaps the most exciting development, here, is the arrival of Bitcoin ETFs.

A fund recently launched in Canada has been wildly successful so far and the Bitcoin price seems to be following the same positive trend that occurred with gold when precious metal ETFs started to appear in the early 2000s. Furthermore, like it occurred with gold, analysts don't expect it to be long before we start seeing Bitcoin and other digital assets included in pension funds.

Fact Five
Holding crypto is safe (and can make you money)

Bitcoin has come a long way since the early 2000s, when DeFi, as a brand new industry, existed in a "wild west" sort of atmosphere. At that time, the main threat came from online attacks, with most cryptocurrency being stolen by hackers who had broken into systems that stored private keys and other data. Today, storing crypto is easier and safer than ever. Following similar protocols to the data storage industry, custody options are generally categorised by temperature, with "cold storage" involving the storage of keys on hardware devices and "warm storage" providing the ability to store keys on the cloud.

Cold storage hardware today involves specially-designed, cryptographically secured devices such as the Ledger Nano and Trezor wallets. These products provide full physical and digital cybersecurity. When their backups are stored in secure locations like bank vaults, they ensure that fund loss can be completely avoided, even by human error.

Warm storage, on the other hand, has reached a very high degree of trustworthiness. There now exist specialised custodian services that are protected by robust protocols, including digital, physical, and human measures.

Your can read a more detailed discussion of the types of crypto storage here:

Owing to the above mentioned regulatory changes and improved security measures, a new opportunity for Bitcoin holders to earn a passive income by lending their crypto funds has arisen. In an era of low interest rates in the traditional economy, this is an exciting new way for businesses to put uninvested monetary resources to work.

We're here to help you take the next step
At AlterCap, we specialise in getting companies of all sizes started with cryptocurrency and alternative assets. To this end, we regularly publish educational material on the topic here on our website and on social media.

If you feel ready to take the next step in your company's digital transformation through crypto fintech, feel free to get in touch.